Count on Berryman Chemical for quick service and delivery for whatever commodity chemicals you need. Our support staff and transportation infrastructure make it easy for you to source glycols, methanol and aromatic hydrocarbons efficiently and cost-effectively.

The solvent properties of diethylene glycol (DEG) make it useful in a many applications, including cleaners, heat transfer fluids, cement processing, and adhesives. Other major applications of DEG include use as a chemical intermediate in the manufacture of unsaturated polyester resins and polyurethanes.

Methanol is an essential ingredient used to produce hundreds of everyday industrial and consumer items. It is also a clean-burning, cost-competitive alternative fuel.

Methanol is used to create other chemical derivatives such as formaldehyde, acetic acid, and MTBE. These are used to manufacture everyday products such as building materials, resins, polyester, plastics, foams, paints, and pharmaceuticals.

Aromatic fluids are produced from petroleum-based raw materials and have an aromatic content of 99 percent or greater. BAS 100 is a complex mix of aromatic hydrocarbons, predominantly composed of C8 to C10 aromatics in the form of alkylbenzenes from petroleum distillation.

Toluene is an aromatic hydrocarbon frequently used as an industrial feedstock and solvent. The primary chemical feedstock use of toluene is to make benzene, xylenes, and toluene diisocyanate.

Xylene is a low-boiling, aromatic solvent composed mainly of C8 mixed isomers. It’s a clear, flammable liquid miscible with most common organic solvents, and it has a light aromatic odor.

Mixed xylenes are used in the production of ethylbenzene and can be a solvent with many industrial uses such as paints and coatings, oilfield production and service chemicals, and gasoline blending.

With good solvent power and an average evaporation rate, these solvents are primarily used in the paint, degreasing, metal, and lubricant industries.

Combining good solvent power and an average evaporation rate, these solvents are mainly used in the paint, degreasing, metal, and lubricant industries. 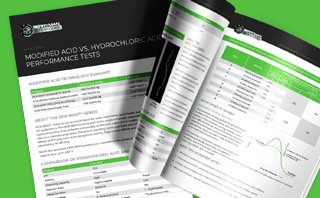 Get the White Paper

Message our team about securing a commodity chemical that meets your specifications.